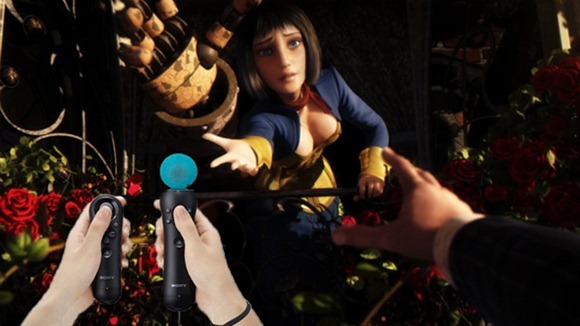 2K Games upcoming shooter has fallen off the radar since its official announcement back in 2010. But the 2012 action game makes its way into the news briefs this week, as a recent revelation from a press release featured on the official UK PlayStation site claims that Sony will release a special edition Move controller for BioShock Infinite. Here’s what the press releases states:

And prepare to head to Columbia in 2012, the city in the sky featured in BioShock Infinite, as you attempt to save a girl named Elizabeth from the ominous Songbird. A special PS Move peripheral is being produced that will draw you even deeper into this stunning vision of a parallel future.

Irrational Games developer Ken Levine has expressed a huge interest in using a customizable peripheral for the title saying, “Any experience that sits in the realm of motion play needs to be kept separate from the main experience.” That was in the past though. And while the additional of a special edition controller could definitely enhance the gameplay experience, we’re still not sure if the Move might be the device for Levine and his team to consider. Can the Kinect get some love? Guess we’ll see what develops heading into the BioShock Infinite release next year.