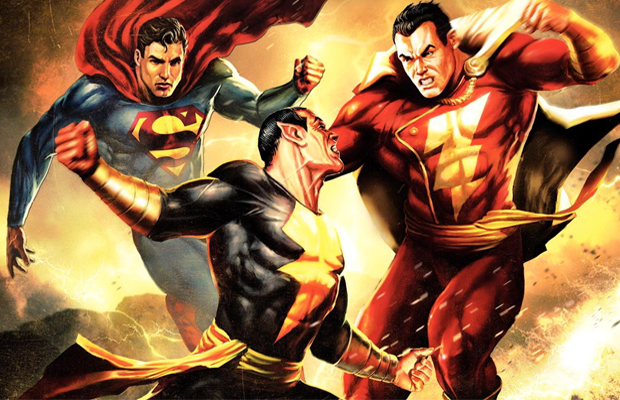 Back in 2007, New Line Cinema had plans of developing a big screen adaption for another DC-related project, that being Shazam. The film, which had Peter Segal (Get Smart) set to direct and Dwyane ‘The Rock’ Johnson attached to play villain Black Adam, was put on the shelf due to a series of constraints including the writer’s strike and the studio’s absorption into Warner Bros. With the Superman film series taking off this past summer, there was hope of reviving the film. Turns out Man of Steel had the opposite effect, at least that’s what Segal expressed during an interview with Coming Soon.

“Now that Superman is being invigorated and going up against Batman, I think it’s difficult for DC to figure out how to launch this character in the wake of Superman’s resurgence.

At its core, it’s a lot like Superman. There’s this boy trapped inside of a superhero’s body. He’s still a boy inside, so there’s this opportunity to play a lot of humor with the action.

Originally, Stan Lee brought me Fantastic Four a number of years for that very reason. I always have the question when people bring me superhero properties, ‘Why me?’.

With Stan, he said, ‘It’s because there’s a sense of humor within all Marvel characters.’ These characters are flawed and, within those flaws, there is humor.

When [producer] Toby Emmerich came to me with Shazam, it was because of those same reasons. To draw from that humor and to mix it with great action and pathos. I’ve always loved Shazam, but I don’t know if it’s going to see the light of day anytime soon.”

In other words, consider the Shazam movie stuck in development purgatory. Lame.