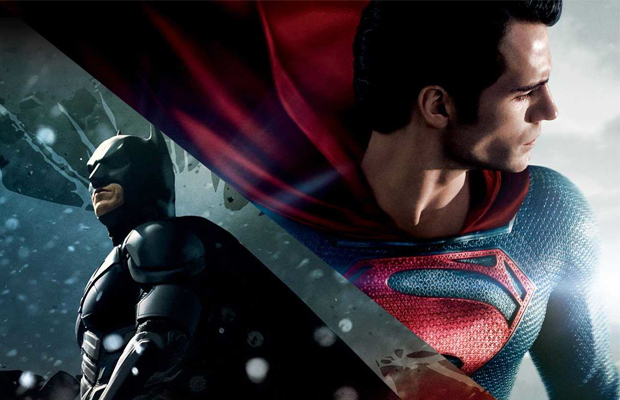 Everyone continues to question why Warner Bros. made the call to delay Batman vs Superman till 2016. Are their casting issues? Production troubles? Script problems? All good questions to follow up with, but if this latest report suggests anything, it could be because of plot leaks.

A report from Latino Review shows some rumored film spoilers, which it stumbled upon from a message forum on the popular gaming forum site NeoGaf. A forum user named James Woods uploaded the deets and added this to the bottom of his message: “My source is someone from the art department that supposedly got shitcanned (apparently a bunch of them were fired). I confirm nothing. Just passing along what I heard. Take it with the proper amount of salt.”

Again, we remind you these are just possible spoilers, which means all bullet points remain speculation for now.

• The villians are Lex Luthor and Metallo
• Batman forms a UN type deal to stop Superman from destroying another city
• Aquaman is in it, but not called Aquaman. He’s there because the world engine in the ocean did something to the fish
• Wonderwoman poses as a Wayne Enterprises investor to retrieve an item that belongs to her people.
• Lex Luthor is in the shadows a lot, a manipulator. Not much face time with Superman.
• Robin betrayed Batman at some point, leading to a falling out between them
• The Batcave was super cool looking, and the mobile looked similar to Burton’s
• Lois is investigating Lex.
• Metallo “kills” Clark
• The Daily Planet is bought by Lex Luthor for PR purposes
• At the end Superman is living in exile, and the Justice League is an government approved superhero team.

While most of it sounds pretty intriguing, we can only recommend taking it with a grain of salt or having fun with it.