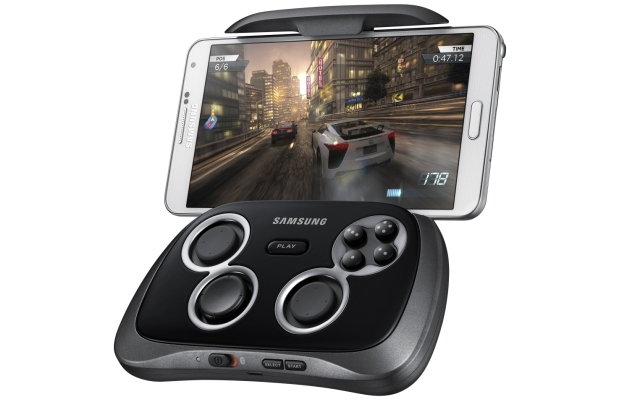 We first caught a glimpse of Samsung’s Galaxy Gamepad back during its Galaxy S4 NYC Event, though the company didn’t confirm whether consumers would see the smartphone peripheral hit the market. The mobile giant has finally made the controller official, making it available in Europe. Very resembling to the Xbox gamepad, the device can fit Android devices between 4 to 6.3 inches and works with all Jellybean (and up) smartphones.

One of the good things about the gamepad is it offers up rechargeable battery. The “play” button launches the company’s new Mobile Console app, but only on curtain. When the controller officially launches, you will have up to 35 games compatible with it such as Need for Speed: Most Wanted. No word on when the gamepad hit North America.