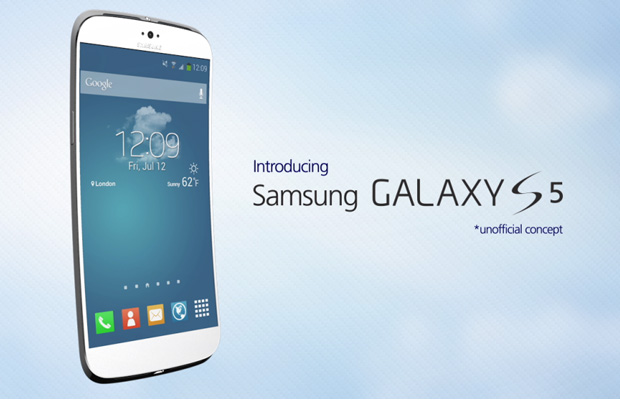 Rumors of the Samsung Galaxy S5 releasing early next year has already encouraged a number of rendering specialists to design their own versions of the next-gen Android powerhouse. A 3D designer for O2 Guru TV named Raphael Warner put together this dope 3D rendering of the GS5, which features a curved design and aluminum chassis, along with some other dope specs: including a 5-inch 2K HD Super AMOLED screen that generates 2560 x 1440 pixels.

On top of that, the phone looks to also come equipped with Android 4.4 KitKat, 3GB of RAM, 4,000 mAh battery, 16MP camera with 4K video capture, quad front-facing speakers, and a 64-bit octa-core processor. Insane hardware right there. You can watch a video of the rendering below. Imagine if Samsung has this in mind for the GS5.