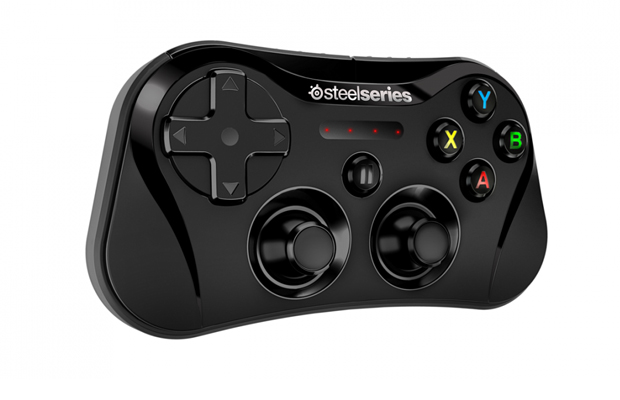 SteelSeries has announced the release of its new wireless gaming controller compatible with all iOS 7 devices dubbed the Stratus during CES 2014. The controller is also compatible with your HDTV via AppleTV using AirPlay–mirroring from your iOS device with supported games. The Stratus layout is just like one of any controller for a console system, featuring a D-pad, 4 pressure sensitive action buttons, 4 shoulder buttons, and dual analog stick. You can connect it through Bluetooth with a paring button. Battery life is said to be around 10 hours. Four controllers can connect to one iOS device as well. The Stratus controller is available for pre-order today on SteelSeries.com for $100.