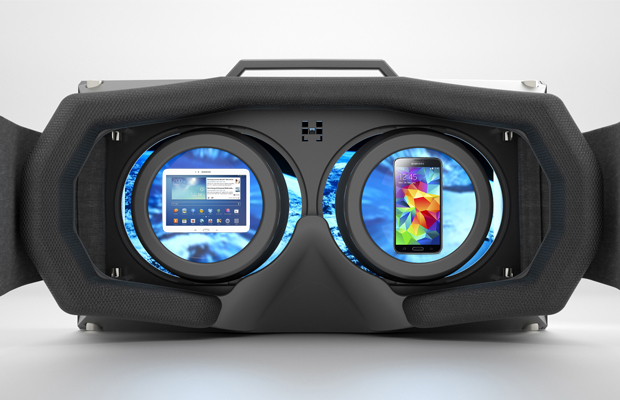 From smartwatches to smart glasses, now the biggest mobile manufacturer in the world is rumored to be working on a VR headset that will be paired with smartphones and tablets. Engadget reports Samsung has such as device in the making, which will supposedly make for the ultimate gaming experience and serve as a competitor for the Oculus Rift and Sony’s upcoming Project Morpheus headset.

No details have been shared at the moment, though one source claims that the company will look to undercut its competitors on price in an attempt to secure an audience. Oh yea, it’s also being said that connectivity to portable devices would be via wire, not wirelessly. We’re assuming Samsung has a number of mobile gaming developers creating and optimizing titles for the new peripheral.

Seeing how virtual reality is becoming the new rage at the moment, doesn’t come as a surprise to many tech analysts that Samsung would jump into the product category—having already established itself on consumer electronics front.