Proof Samsung is Working on a More Premium Galaxy S5 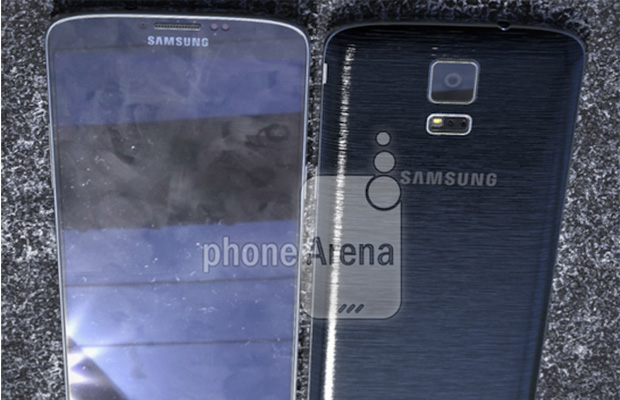 Since the launch of the Samsung Galaxy S5, mobile experts have speculated the mobile giant was working on a premium version of their flagship device. Original hearsay had such a device being dubbed the GS5 Prime and flaunting a 2K display, but these newly released shots posted by PhoneArena tell a different story of what the next Galaxy S5 could look like. This specific model will be smaller than the standard version, boasting a 5.1-inch screen with 2650 x 1440 and a new plastic rear that looks like metal.

A number of tech blogs previously reported the standard G5 would offer an all-metal design, though newer reports suggest this specific version of the smartphone would be an alternate premium edition of the phone. Judging from the screenshots, the phone might go under the Galaxy F moniker. The handset would put it directly in competition against the LG G3, which has a similar design and screen resolution.

Other notable features that are being tossed around are a slightly faster CPU, more memory, and an improved camera. PhoneArena does mention the device pictured is a pre-production model. Therefore it might not be the final model. It’s also unknown whether this Galaxy S5 will hit the states or go international. And so we still wait for confirmation.