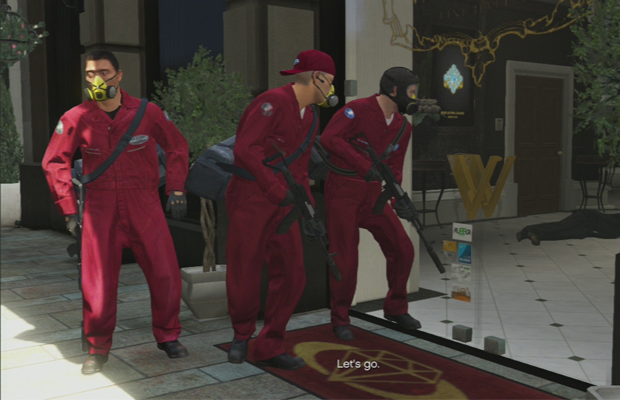 The long-awaited GTA Online heists have been a story since late October. Rockstar sold GTAO from the standpoint that what’s in the game now, would only be the build up to the GTAO Heists that were promised from the beginning. Well, Rockstar has formally issued an apology for the elongated delay of these heists:

“For those of you asking about other upcoming GTA Online updates, we have lots more in store coming your way soon. We know many fans have been eagerly awaiting the release of the Online Heists that we had planned to release for you this spring, and they are taking more time to create than originally anticipated. We are very sorry for the delay, and are working hard to bring them to you as soon as we can. Please know that we are focused as always on making the best possible content for you to play and we are thankful to all of you for your patience, understanding and support. Stay tuned for more information on that as well as lots of other ongoing content updates, enhancements and additions to the world of GTA Online that are on the way.

Thank you all, and we will also have information coming your way here at the Newswire later today on The “I’m Not A Hipster” Event Weekend happening this Friday-Sun with lots of special additional bonuses, contests and more.“

While this apology isn’t comforting at all, it’s at least nice that they’re acknowledging how long it has been. With the 1-year anniversary of the game coming up and the transfer of GTA5 to PS4 and Xbox One, we probably can expect heists to come out around that time. Still…Rockstar has failed their fans and continuously tried to push GTAO on with small insignificant updates, but hey, at least they admitted it!