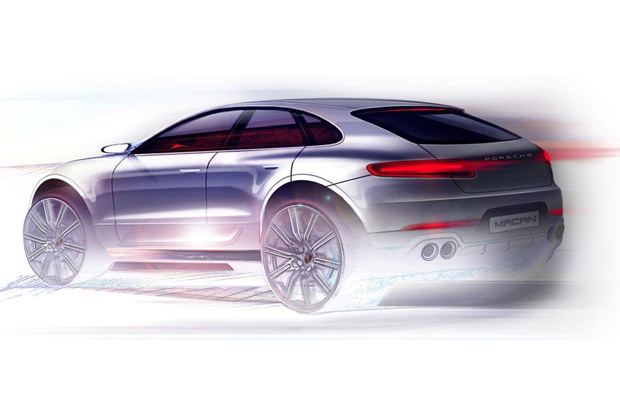 The public’s been made aware of the Porsche Macan concept for quite some time, though details have remained sketchy. Looks like we might have some new info on the upcoming mini-SUV via leaked sketch renderings. Set to be officially unveiled at the LA Motor Show, the prototype looks to feature a “swooping low roof-line,” which gives the car a sporty look. In addition, the sketches reveal rear lights that bear a resemblance to the ones found on the new Porsche 991 model. The Macan has been seen testing outside of Los Angeles. However, no one’s confirmed any of the vehicle’s exterior upgrades. Looks like we’ll have to play the wait game till November.