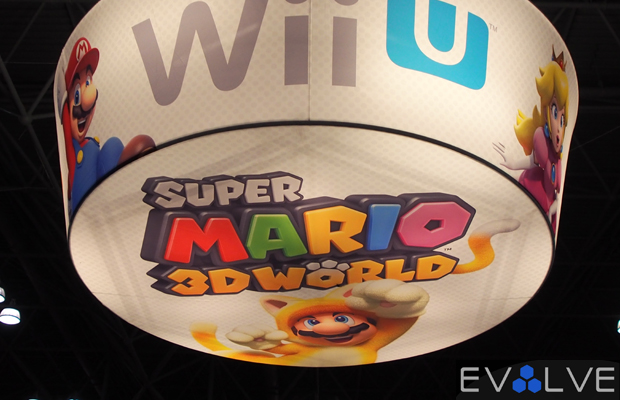 Nintendo’s been going hard on the promotional trail to push its latest lineup of Wii U titles for the holidays. At the top of the list, of course, is the system’s flagship property: Super Mario 3D World. What better place to showcase the game and draw the public’s interest than at New York Comic-Con 2013. With the Big N being cool enough to provide us a booth tour on media day, we felt obligated to talk with the company about the upcoming game. Our good colleague and long-time Evolve supporter, Wilmarie Sena, came through with us and got the deets on Mario’s latest Wii U adventure, while embracing one of the his newest power-ups, alongside Nintendo PR rep David Young. Gotta love a girl with this much personality. Watch on as Wilmarie gets caught up with Super Mario 3D World.