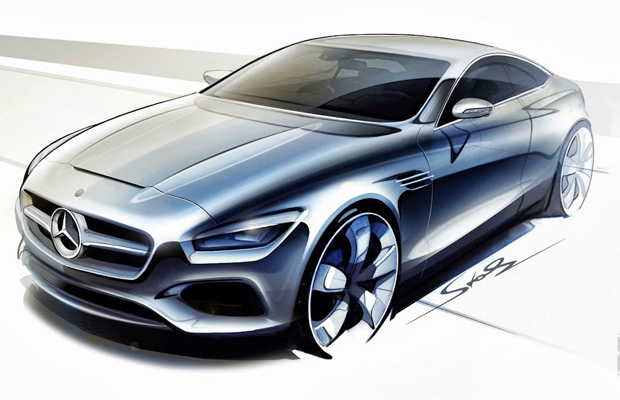 Most autophiles are already up on the luxury carmaker creating a new S Class Coupe, which is scheduled to be unveiled at the Frankfurt Motor Show next week. The concept vehicle is definitely arriving at the international auto expo, but before its official debut, Mercedes-Benz decided to release this nice little teaser image of the car ahead of time. Recently leaked images of the Mercedes-Benz Concept S Class Coupe shows it carrying “CL 217” markings, suggesting it will easily be a successor to the CL coupe line. Other reports indicate the S Class Coupe will carry powertrains similar to the S Class Sedan—a twin-turbocharged V8 engine capable of producing 455hp. Can’t wait to see the final design on September 10th.