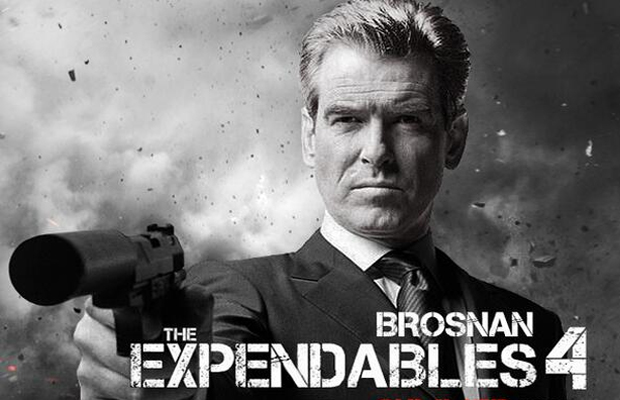 International website TV3.ie confirms James Bond actor Pierce Brosnan has agreed to join the cast of “the next” Expendables film, which can pretty much be interpreted as The Expendables 4. Brosnan was said to be in Bulgaria and talked with series producer Avi Lerner about the opportunity of joining the all-star action cast for the fourth entry.

“The offer has come in for the next ‘Expendables’. I Jut worked over in Bulgaria with Avi Lerner who makes them. He said “Would you like to be in ‘The Expendables’? I’d love to have you’, and I said ‘Why not? So we’ll see.”

The actor was then asked about which film in the franchise he was referring to, to which the A-lister responded: “I have no idea which one it would be, I just said ‘Yes’. It could be seven!

It’s safe to assume the franchise won’t get past four films, hence the actor’s quasi-confirmation for the next sequel. The Expendables 3 hits the big screen this summer on August 14th. Watch the teaser trailer below.