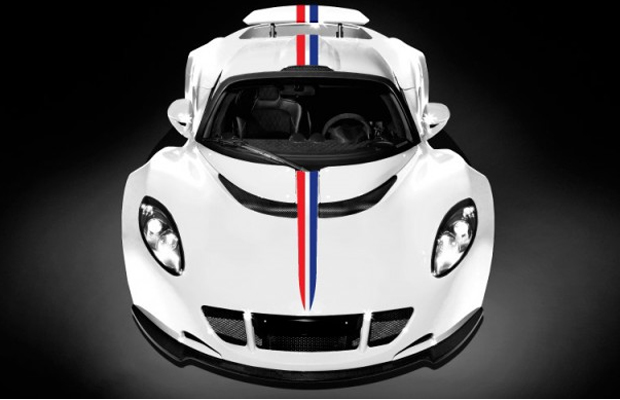 The original Hennessey Venom GT holds the record for the highest top speed ever by a production car: 270.49 mph. Now the American sports car manufacturer is releasing a special commemorative variant of the speedster dubbed the World’s Fastest Edition, which flaunts a white paint job with red and blue pin stripes. As previously reported, the Venom GT boasts a twin-turbocharged 7.0-liter V8 engine capable of revving 1,244 hp and 1,55 lb-ft of torque on the rear wheels. The car scales at 1,244 kg translating to a 1 horsepower per 1 kilogram power-to-weight ratio. That’s some serious mathematics right now. No word on when Hennessey will make the special model available.