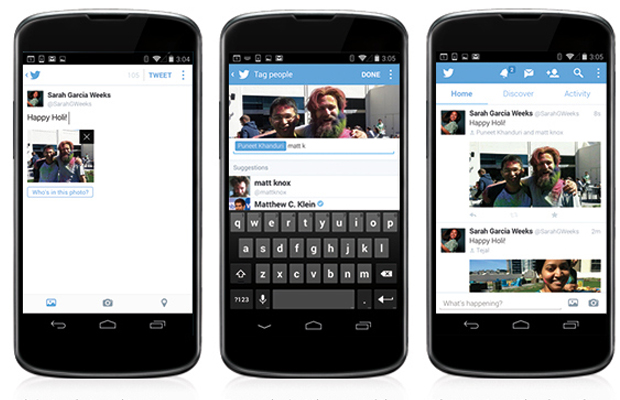 Android users might be happy to hear that Twitter has announced a series of new features for its mobile app. The latest updates will grant users the opportunity to upload four photos at a time when composing a tweet, plus it will display them as a collage on the tweet’s detail screen.

In addition, the service introduces a new tagging system highlighted by a “who’s in these photos” button to add the username of a person in pics. The coolest part about the feature is it will not take up any characters in the body of the tweet. The multi-photo and tagging features are set to roll out in the next coming weeks, but won’t be accessible unless you download the latest software update. Twitter also mentions that it plans on making these capabilities open to third-party apps.

On top of that, Twitter is also said to be revamping its music service to revolve more around conversation than streaming, while working on a solution to offer “bite-sized music videos” that could possibly tie into its upcoming video service.