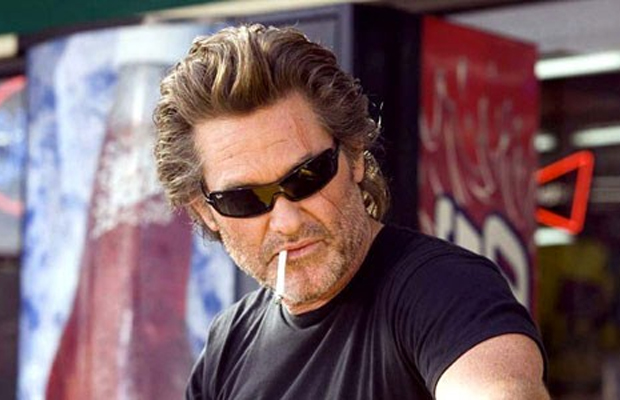 The Expendables franchise has brought together some of the most badass stars of the past three decades from Sylvester Stallone to Jason Statham, even resurrecting the careers of action staples such as Antonio Banderas, Norris Chuck, Dolph Lundgren, and Wesley Snipes. One of the biggest stars of the film genre that fans clamored to join the franchise was Kurt Russell, who pass on the opportunity and opted for Fast & Furious 7. So what was his reason for skipping out on The Expendables 3?

Snake Plissken himself spoke with IGN about the decision, as well as his character in the upcoming Fast sequel.

“Yeah. I mean, I’m glad Sly’s done well with this. He’s a great person. The fellas all seem to have a good time. I’ve never seen any of them. It’s not a beat I get. It’s like looking backwards to me. There’s something about Fast & Furious. It has that mystery to me — and it’s for a funny audience, you know? It’s for a 15 to… 30? I think now you can take that from 15 to 45, and I think that’s what’s interesting about that. I like the way Vin talks about it — it’s a saga. It’s not a series, it’s a saga. I think that Paul dying is a part of that saga.”

He obviously sees the Fast series as more groundbreaking material than The Expendables. Don’t really see how, but at least we have an answer now. Now maybe Steven Seagal will finally come out and speak on why he never joined the gang.