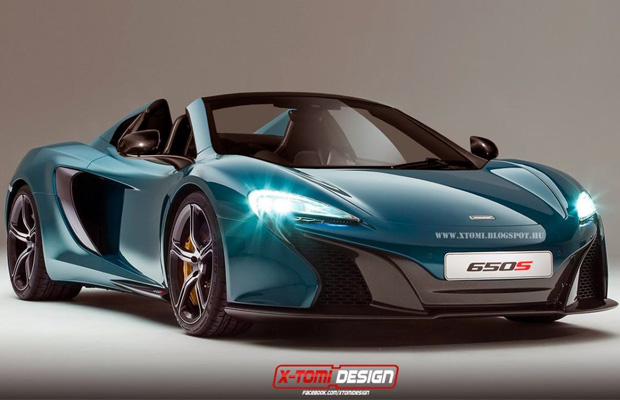 Ask any auto circle what the hottest supercar is heading into the Geneva Motor Show 2014, the majority will most likely agree on the McLaren 650S. Customization specialists X-Tomi share our exact sentiments, taking their love of the vehicle a step higher by creating this gorgeous rendering of the speedster—a convertible version at that.

Just this week, McLaren pulled the covers off the official 650S, which is set to debut in Switzerland. We reported the car will feature 25 percent newer parts than the 12C and support an “increase of 25hp and 80Nm of torque, along with gear changes and improved throttle response to make the car faster.” It’s also set to carry a 3.8-litre twin-turbo V8 engine with 650PS and 678Nm of torque. The car will be offered in four new colors as well: including Tarroco Orange, Mantis Green, Aurora Blue, and Storm Grey.

We find the topless version to be a little sexier. Thoughts?