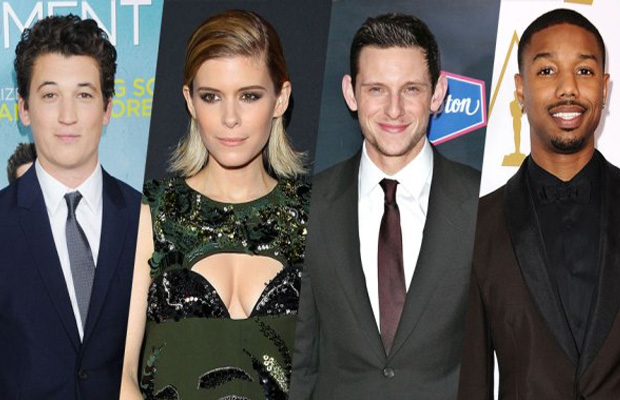 It’s been a long time coming, but Fox has finally assembled it acting foursome for the Fantastic Four reboot. Variety reports “Miles Teller, Kate Mara and Jamie Bell will join Michael B. Jordan in the latest installment in the comicbook franchise.” Teller will lead the group as Reed Richards/Mr. Fantastic, where as Mara will suit up as Sue Storm/The Invisible Woman and Bell will portray Ben Grimm/The Thing. Jordan was confirmed months back to tackle the role of Johnny Storm/The Human Torch.

The Marvel reboot dealt with number of production woes, which was highlighted by the studio’s decision to hire Simon Kinberg to rewrite the film’s script, keeping both Mara and Teller from testing for their respective roles this past November. This modern update to the popular Ultimate Fantastic Four comic book will focus more on the group as young adults and could possibly even feature an actress stepping into the metal suit of lead villain Doctor Doom. Wouldn’t that be an interesting twist?

The Fantastic Four is scheduled to start filming this March with a slated release date of June 19, 2015.