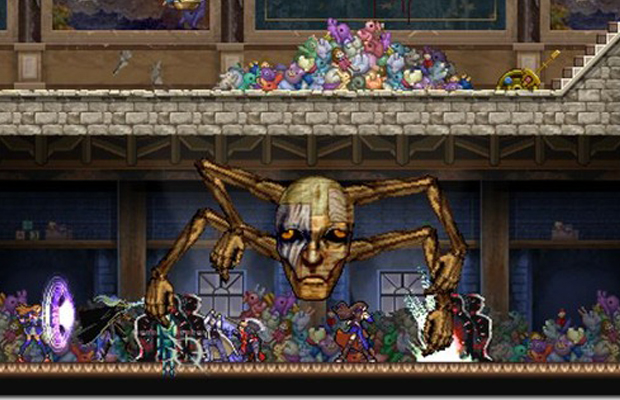 Remember when Konami announced Castlevania: Harmony of Despair as an Xbox Live-exclusive? Looks like the multiplayer title is now making a move for the PlayStation Network, and it’s bringing along bonus content.

PS3 owners can expect  a local 4-player co-op mode mode (an extra option to the already existing 6-player online), plus a DLC map pack titled  “Beauty, Desire, Situation Dire” (Pyramid of Ruin) and downloadable characters (Julius Belmont and Yoko Belnades). Konami hasn’t announced a release date yet, the company has its mind set on this summer.