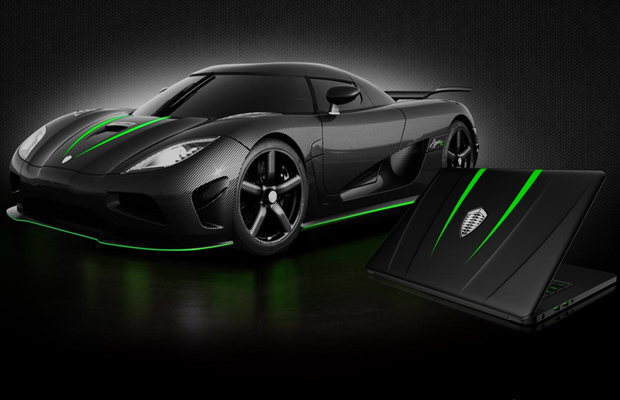 Koenigsegg stands out as one of the hottest supercar makers on the market, where as Razer remains the elite gaming laptop manufacturer in the biz. What happens when bringing the two together for collaboration? You get a thing of beauty, and in this case, we’re talking about the Koenigsegg Razer Blade limited edition laptop. Set to be unveiled at the Geneva Motor Show 2014, the gaming machine flaunts a CNC machined chassis with an Agera R-inspired top, blessing it with a similar look to one of Koenigsegg’s premium speedsters.

Spec-wise, the laptop boasts a 14-inch HD+ display, 256GB SSD, 8GB of memory, and a 2.2GHz Intel Core i7-4702HQ quad-core processor, which pushes gaming performance to the extreme. It also runs on Windows 8.1 and will retail at the estimated MSRP of $2,000. Razer will be giving two away as part of an online contest, while reserving a select few for several Koenigsegg owners and Razer fans. Enter for your chance to win one here.

Koenigsegg might need to launch this Razer-inspired supercar because this thing looks insanely gorgeous. Just saying!