HTC One Max Specs Detailed and Include Snapdragon 600 Chip & Sense 5.5 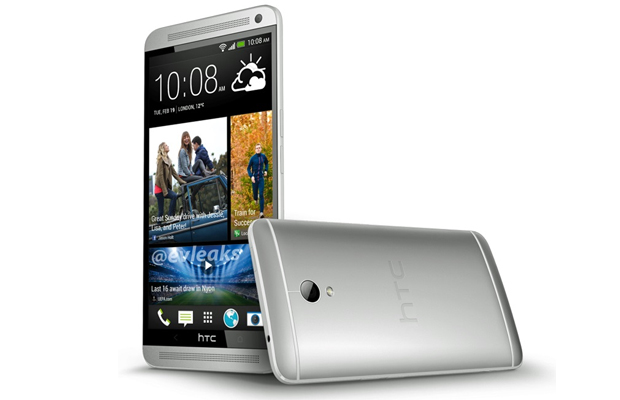 More leaks continue to plague the upcoming phablet, with the latest breaking down the specs of the HTC One Max. Nowhereelse.fr editor Steve Hemmerstoffer proceeded to tweet the image below, which showcases the handset’s spec sheet. Primary features include a 5.9-inch, 1080p display, Android 4.3 with Sense 5.5, 1.7GH quad-core Qualcomm Snapdragon 600 CPU, 2GB RAM, 3,200mAh battery, Bluetooth 4.0, and three internal memory options (16GB, 32GB, and 64GB). This alone puts it head to head with its biggest competitor, that being the Samsung Galaxy Note 3. If we had to choose between both phablets, just based on the specs, we prefer the One Max. Expect HTC’s massive smartphone to hit the market sometime near the end of the month. 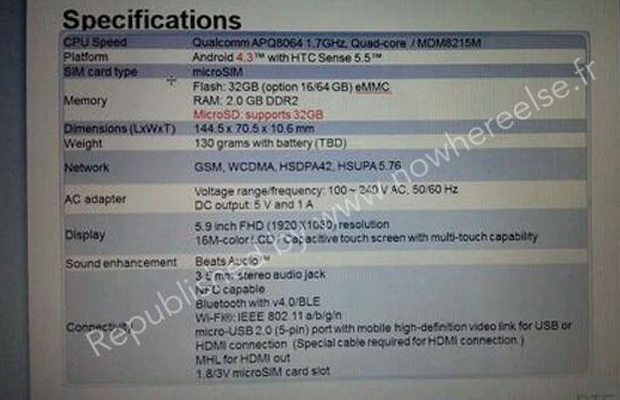