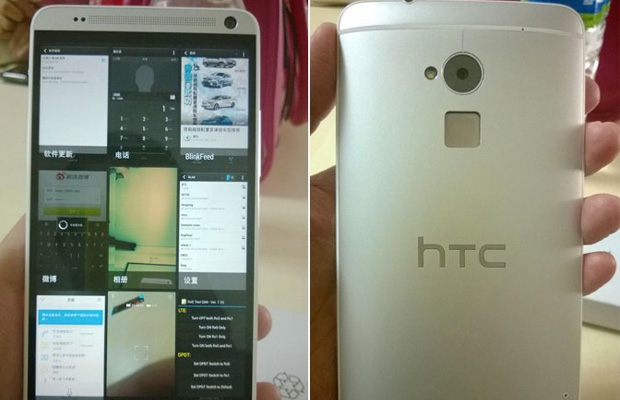 So this is what HTC’s 6-inch smartphone is looking like. Interesting. The Tawiwanese mobile maker was heavily rumored to be working on a phablet, which was billed for a fall/holiday release by many experts, and now we get a first glimpse of what looks to be a larger variant to the company’s flagship handset. The so-called HTC One Max was spotted on the Chinese social network, Weibo, and looks to carry over the same software features from the One family. It only makes considering HTC has the best Android UI on the market.

HTC recently launched the One Mini on the market for $100 (w/two-year contract) to compete with the likes of the upcoming Samsung Galaxy S4 Mini and to secure an interest from the mid-level crowd seeking a lower-tier handset at a premium value. It has yet to make an official announcement on the device, though chances are we’ll hear HTC make one when the Galaxy Note 3 gets an official release date. Call it a hunch.