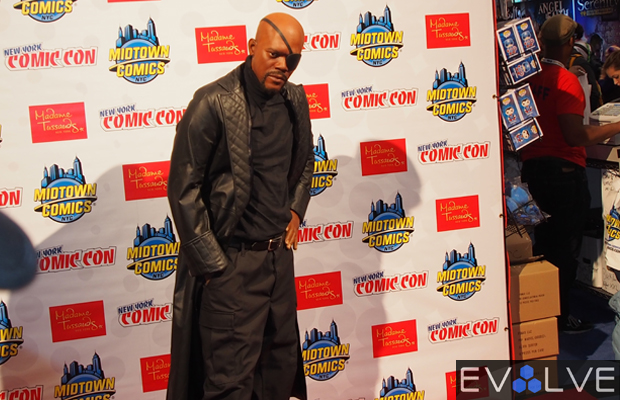 The Jacob Javits Center opened its doors yesterday for New York Comic-Con 2013, welcoming every hardcore comic book lover and media outlet to bask in the geekdom. While the majority of the action took place at some of the show’s live panels, we actually decided to hit the show floor and see what was cooking up. And in venturing out, we stumbled upon the Midtown Comics booth, which was set to unveil the Nick Fury wax figurine created in collaboration with Marvel Comics and Madame Tussauds New York. Right in the middle of its debut, EvolveTV caught an up-close look of the life-sized Samuel L. Jackson replica from The Avengers film. Impressive detailing. Check out the video clip below.