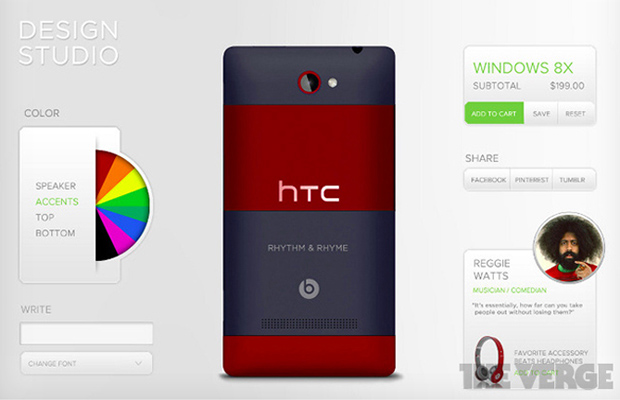 Phone customization seems to be the next mobile wave of the future with Motorola leading the forefront via the Moto X. But according to The Verge, Google’s acquisition wasn’t the first to ponder such an idea. Before Motomaker was introduced, the Taiwanese smartphone maker was working closely with Sprint on a project called HTC Design Customization, which allowed carrier subscribers to deck out their HTC 8X and 8S in a variety of different colors. Plans were to launch a web app as well. A two-toned HTC One would have been sick. High costs made HTC and Sprint cancel the project. Another example of HTC leading in innovation and not following through. Damn shame!