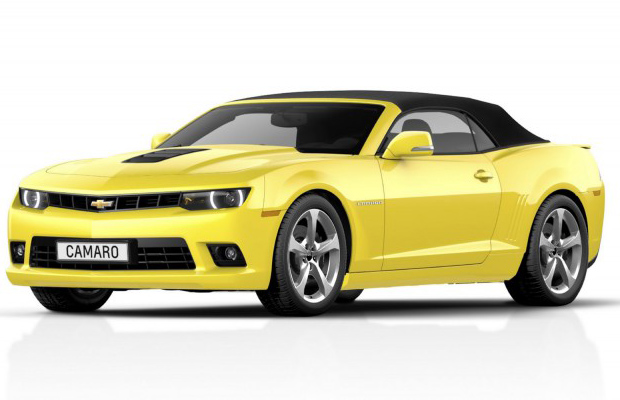 GM just released the first batch of photos for its facelifted 2014 Chevrolet Camaro Convertible before its unveiling at the September’s Frankfurt Motor Show. The automaker looks to release US- and Europe-specified versions of the muscle car, with the latter model flaunting larger wing mirrors. No deal breaker. In addition, Chevy will introduce a Euro-spec’d Camaro Coupe at the show as well, fitting it with a 6.2-liter V8 engine capable of revving up 426hp and sprinting the vehicle past 100km/h in 6.2 seconds. The coupe looks to run for €39,990 in Germany and the convertible should be priced at €44,990.