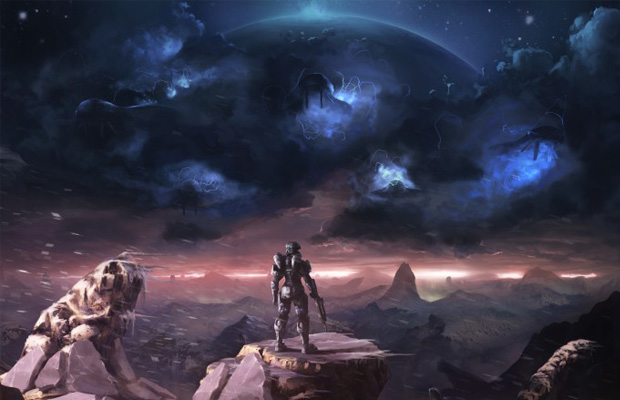 Don’t come into Spartan Assault thinking it’s some weak spin-off or remake. Gamers are introduced to a brand new storyline, one that takes place between the events of Halo 3 and 4. A new war has begun with the Covenant, as players engage in a Spartan training program that recreates a battle from the Human-Covenant War. You have 25 levels to get through and the end of each one provides a rewards performance evaluation via three-star rating system. Levels clock in at about 8-10 minutes, though you’ll have a number of objectives to complete. In between missions, you’ll take in phenomenal story cinematics that explain in detail what has transpired through each section of the story. In definitely gives you the feel of being a real-life Spartan, if such a position existed. 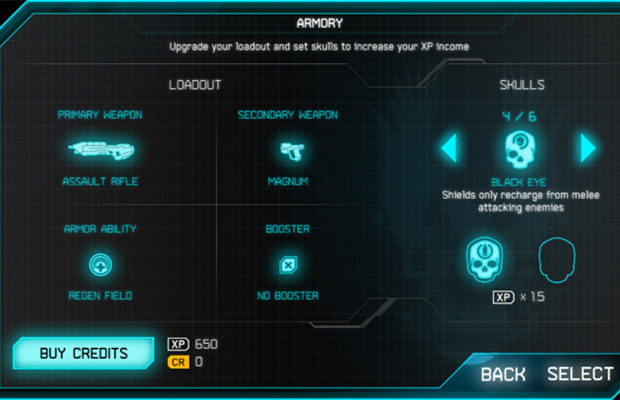 At the beginning of each round you will see your weapon loadouts. They are preselected. You’ll start off with the assault rifle and magnum, but those uncomfortable with either option can purchase new weapons and armor upgrades as they progress in the game. Experience credits can be use to purchase certain items, as everything else requires game currency.

Now you can use an In-App Purchase, which allows you to trade in real money for temporary use of weapon upgrades. During a mission, purchased weapons can be utilized, but only for that mission. Once completing the mission, say peace to all those goodies. In-App Purchases start at $2.99 for 500 credits to $39.99 for 10,000 credits. Thankfully you won’t need to upgrade weapons on the regular, but to those who like the fancier items, this app is for you.

If you’re running low on ammo, there are spots in the game where players can re-up their armory. You have grenades, as well as the favorable Plasma grenades. Though if you really want to make a huge impact you’ll launch a single grenade as close as possible to adversaries, resulting significantly larger killings. Pretty cool to see the enemies being flung around like rag dolls.