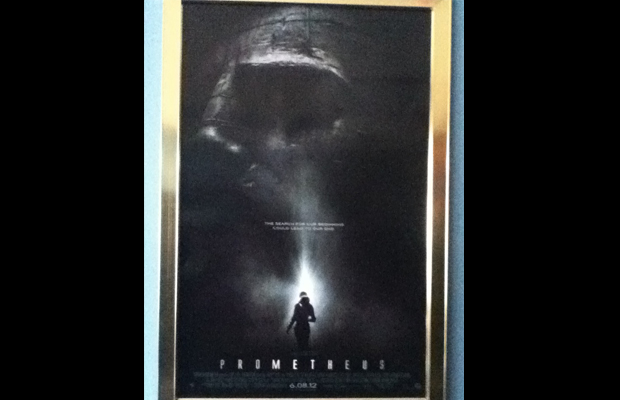 For those who haven’t heard about Ridley Scott’s upcoming sci-fi adventure, Prometheus, just know it’s one of the biggest films to be released next year. Oh yea, it’s also being rumored as an official prequel to Scott’s greatest piece of work: Alien. The film features an all-star that consists of Academy Award-winner Charlize Theron, Idris Elba, Noomi Rapace, Michael Fassbender, and Guy Pierce, following “a team of explorers discover a clue to the origins of mankind on Earth, leading them on a thrilling journey to the darkest corners of the universe. There, they must fight a terrifying battle to save the future of the human race.” Sounds exciting. As we wait for the official trailer, here’s a vague look at the film’s first advertisement, revealing the following tagline: “The search for our beginning could lead to our end”. Thoughts? 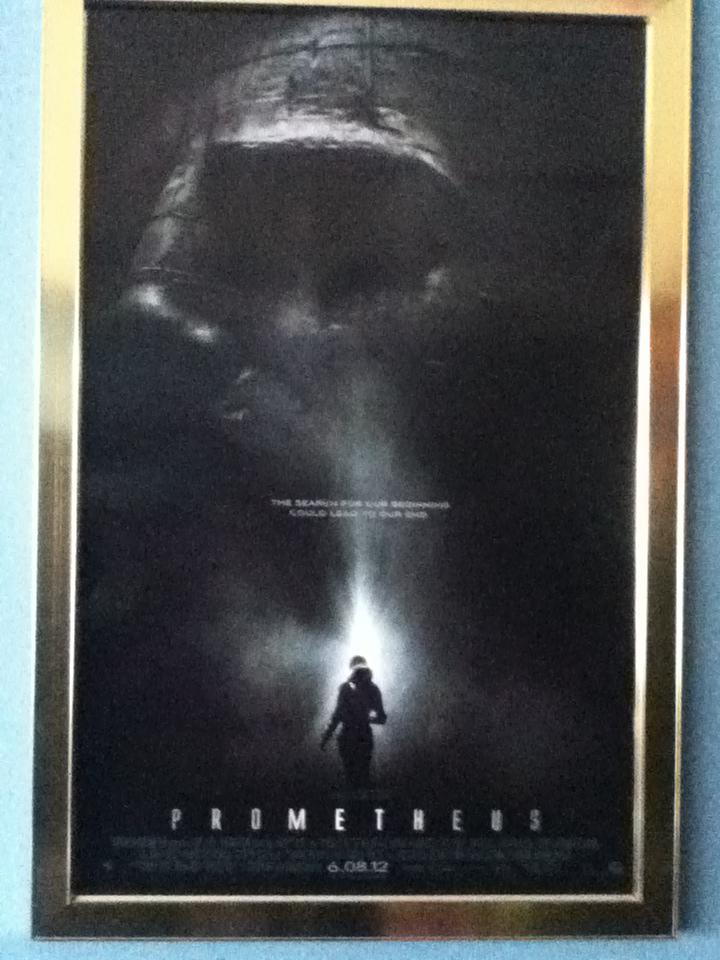