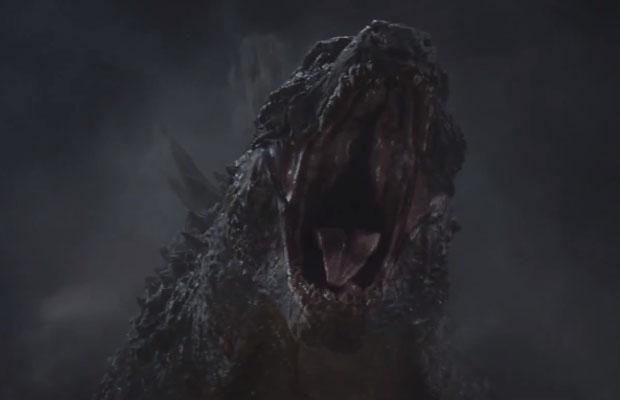 Warner Bros. stirred up some buzz over the weekend, releasing an extended trailer for the upcoming Godzilla reboot, which not only showcases extra footage of the film, but reveals Kaiju monsters and a closer look at the reptilian beast (reference the screenshot above). The preview kicks off with Bryan Cranston’s character talking to Aaron Johnson about how he tried to save his wife during a nuclear disaster that took her life. From there we see some of the chaos Godzilla creates on the beach, leading to a quick look at the Kaiju and the famous monster.