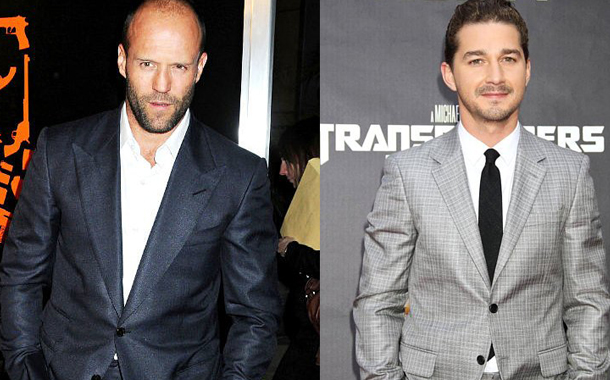 Director Michael Bay may not be the only person MIA from the pre-planned fourth installment of the Transformers franchise. Now it’s being said that lead actor Shia Labeouf may be replaced by typecast action-star, Jason Statham, who’s previous high-octane performances include The Transporter and Crank series. Interesting choice for a replacement. It’s also worth noting that Statham’s girlfriend is Dark of the Moon hottie and Megan Fox stand-in: Rosie Huntington-Whiteley. This should be an interesting development.