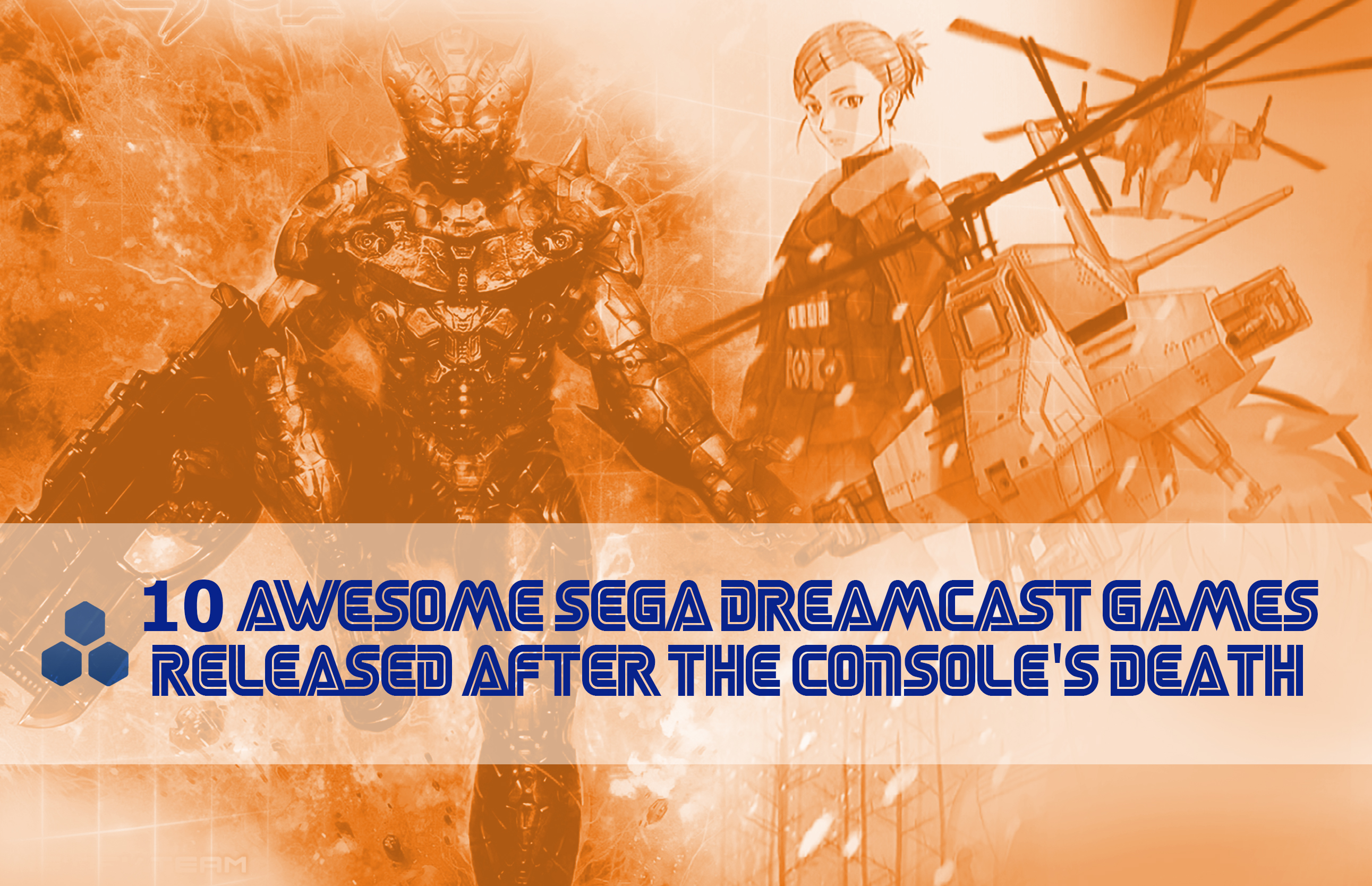 March 31, 2001 goes down as one of the darkest days in video game history, as Sega officially bowed out of the console wars by discontinuing its most critically praised and die-hard driven console ever: the Sega Dreamcast. Many attribute the gaming machine’s failures to a number of issues from lack of third-party support to its extremely simplistic piracy. But even during its three-year life span on the market, the Dreamcast generated a hardcore following that no other console has ever garnered—leading a number of independent game developers to create titles for the platform years after its death.

While most of us clung onto to the classics like Marvel vs. Capcom 2, Resident Evil: Code Veronica, Shenmue, Soulcalibur, others ventured out and discovered some gems on the import and mom-and-pop gaming circuit. So to those still putting their unit to use and looking to update their library, we suggest looking over these 10 Awesome Sega Dreamcast Games Released After The Console’s Death.

Release date: Sept. 25, 2003
Developer/Publisher: G. Rev
Every Dreamcast import purist had this shooter in their Play-Asia shopping cart because of its beautiful level design and unique gameplay. Its creative approach of accessing alternate paths via three-color borders (green, red, and yellow) at the beginning of each level increased the depth of Border Down. Plus the fact that players could be demoted to different borders after each death speaks on the title’s ingenuity.

Release date: Dec. 15, 2005
Developer/Publisher: Mad Peet/GOAT Store Publishing
iRides boasted one the most intuitive puzzle systems, which combined action and strategy elements to create an addictive gaming experience. Some considered it a Lumines knockoff with minor shades of Columns and Tetris, but it was in the game’s combo mechanics and fun multiplayer that set it apart from the other puzzlers out on the market. Not to mention its universally praised soundtrack.

Release date:March 23, 2006
Developer/Publisher: G. Rev
Billed as the arcade shoot’em up that “decorates the end of the Dreamcast,” at the time that is, Under Defeat featured a 3D engine that was simplistic in design and execution, serving as a modern 1942 with better graphics and extreme on-screen action. Different enemy types (battleships, planes, tanks, etc.) and challenging midbosses gave the title some freshness, along with its fun soundtrack. Chain-oriented manic shooters knew exactly what they were getting.

Release date: Nov. 4, 2009
Developer/Publisher: Senile Team/redspotgames
They don’t make top-down 2D racers like they used to. In fact, the genre’s pretty much been phased out these days. Yet what made the independent racing game such a cult classic amongst Dreamcasters was its easy-to-play and hard-to-master gameplay. You’re practically forced to replay courses in order to master them and move forward, though the high level of presentation and rewards kept the title entertaining.

Release date: Sept. 25, 2003
Developer/Publisher:NEC Interchannel
The Japanese adult visual novel turned adventure video game stood out for its anime-inspired graphics, long storyline, and multiple-choice-based conversation system. It’s certainly one of the most rare imports on the console that is near impossible to find online, but kudos to anyone who can snag a copy. Just make sure to brush up your on Japanese.

Release date: Feb. 26, 2004
Developer/Publisher: SKONEC Entertainment/Success
Originally developed for the Sega NAOMI arcade platform, the Dreamcast version of Skonec’s shooter remains the most valuable version on the second-hand market. Why is that? For starters, it plays similar to another classic Dreamcast shooter: Ikarauga. Secondly, the bosses and levels are hard enough to please the most glutton-for-punishment player. The game also delivered stunning visuals.

Release date: Dec. 15, 2005
Developer/Publisher: HarmlessLion/GOAT Store Publishing
Addictive and competitively fun, the 2D party game shined most for its Bomberman-like multiplayer mode—pitting four players against each other to collect the largest number of sheep at assigned time frames. While the single-player campaign is pretty short, the easy-to-handle controls and intermediate sequences between levels made up for the shortcomings.

Release date: Dec. 3, 2013
Developer/Publisher: KTX Software
Gradius and R-Type aficionados yearning for a retro-inspired 2D side-scrolling shooter with a touch of modern gameplay need look no further. Redux stretches across seven stages and offers gamers the option of building their own ships, while embracing on the near-impossible difficulties of the genre by employing one-hit kills. Collecting power-ups should help you progress further, though there’s no guarantee you’ll survive the intense action heading into the middle of the game.

Release date: Nov. 1, 2008
Developer/Publisher: Yuan Works/redspotgames
It’s no secret the Dreamcast lacked great puzzlers. However, those who stumbled upon Wind and Water found an enjoyable 2D title featuring deep gameplay mechanics, tons of unlockables, and a uniquely written story mode. We’re not talking Bust a Move here. The variety of content alone is enough to keep you busy for days on in.