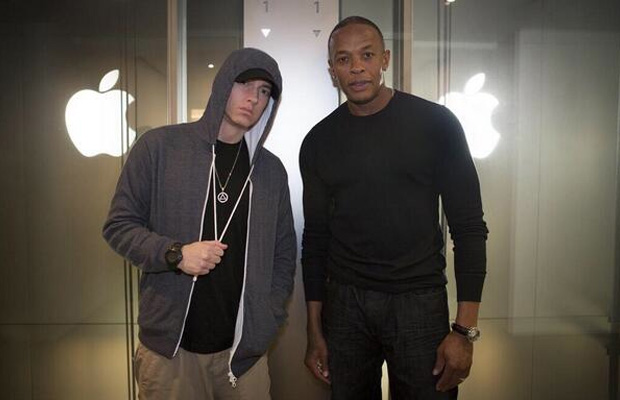 Yes people, the reports are true…Apple is in the closing stages of acquiring headphone giant Beats By Dre for a cool $3.2 billion. The confirmation comes from CEO, Dr. Dre, who is seen in a video shot by actor/rapper Tyrese Gibson anointing himself the first billionaire in Hip-Hop. You can watch the entertainment personalities act a fool on camera below. More evidence of the acquisition recently emerged, as Twitter investor AK snapped a photo of Dre and Eminem this morning at Apple headquarters.

No stranger to working with mobile brands, Beats was once under the HTC umbrella, until the audio company blew up on the consumer market and brought back it shares to become a billion-dollar empire. Everyone has their theory on why the Cupertino Clan’s made their biggest acquisition to date, but many experts see the decision as a power move to compete with other online music-streaming services such as Spotify via Beats Music app.

While Apple is already a primetime player in the digital music spectrum, and Steve Jobs has gone on record stating he hated the subscription model of online music, the increase in music services has forced Apple to play a hand it would normally fold.

As Tyrese put it, “They need to update the Forbes list. Sh*t just changed.”