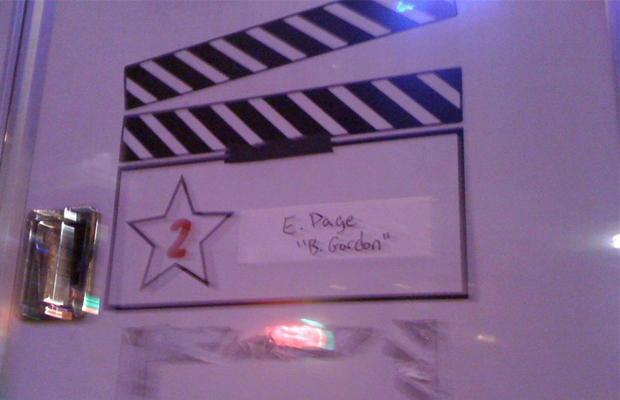 Dark Knight Rises Rumors breaks the news of Inception alum Ellen Page joining the cast of The Dark Knight Rises. One of the site’s readers, Dwight Bendish, just happened to be onset during the film’s New York shoots and take notice of this trailer tagged E. Page with the “B.Gordon” moniker on it: easily indicates that the actress is set to star as Barbara Gordon, Commissioner Gordon’s daughter. So what’s the huge deal? Considering the character also plays Batgirl in the DC comics, this leaves room for tons of speculation as to us possibly seeing Page suited up as Batman’s sidekick on the big screen. But predictability isn’t director Christopher Nolan’s style. So we’ll see how it all goes down when The Dark Knight Rises hits theaters July 20, 2012.