BMW i8 Spyder Green-lit for Production & Due Late 2015 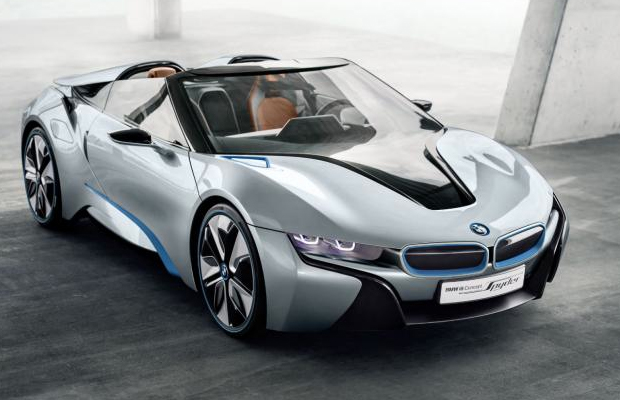 All you Beamer fanboys waiting on the BMW i8 Spyder to hit the production floor—the German automaker looks to fulfill your wish—announcing it will approve a production model for launch in late 2015. Originally shown at the 2012 Beijing Motor Show, the vehicle was green-lit after executives were shown a model with a Solar Orange exterior flaunting blue accents. Sounds like a dope color combination. Those familiar with the i8 known it comes equipped with a 1.5-liter TwinPower Turbo three-cylinder petrol engine that pumps out 231 HP and 236 lb-ft of torque. Hopefully, all reports pan out and we see this beauty hit the streets in 2015.