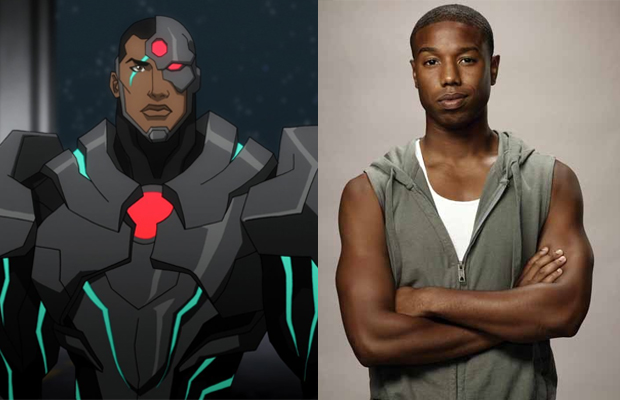 Warner Bros. seems content on flooding the Batman vs Superman film with a variety of superheroes, which obviously shows the studio’s intentions of setting up a Justice League film immediately after Man of Steel sequel. So with Wonder Woman already confirmed and rumors of Aquaman surfacing online, new reports have the production team looking for a black actor with a strong physique in his early 20s for a role in the film that would be a reoccurring one in other DCU film.

Director Zack Snyder is said to have already met with Michael B. Jordan for the role. Those who’ve kept tabs on the actor’s developments know he’s been assigned the role of Johnny Storm/Human Torch in the upcoming Fantastic Four reboot. It’s also believed that Snyder was targeting Jordan for the role.

When Jessie Eisenberg got cast as Lex Luthor, The Hollywood Reporter shared the following:

“Sources say that the studio and director Zack Snyder aren’t casting a wide net with plenty of auditions to fill roles, but are targeting actors from a narrow shortlist of those they want. “Zack doesn’t see a lot of people,” said one person with knowledge of the process.”

Now the question is who will this mysterious character be? Possibly John Stewart/Green Lantern? Maybe Dick Grayson/Robin? How about Cyborg from the Justice League War series? Talk about superhero overload.

Batman vs. Superman is slated to hit theaters Summer 2016.