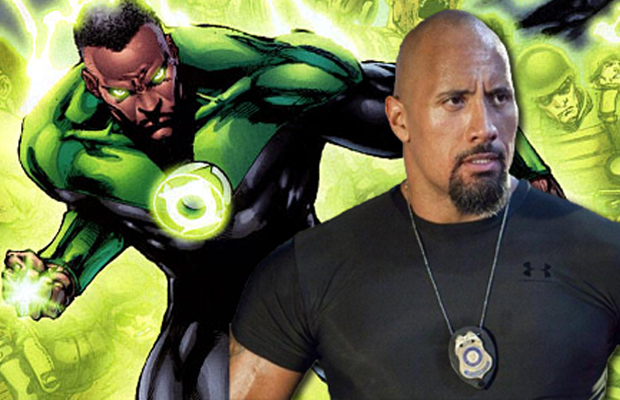 Dwayne “The Rock” Johnson has been linked to a number of comic book projects from Batman vs. Superman to Lobo. The actor’s already gone on to claim that he’s working with Warner Bros. and DC Comics to portray an unannounced role, leaving everyone to speculate which superhero he would become on the big screen. During a recent appearance at this year’s Cinemacon, Johnson spoke with Collider to clear up the rumors and where he stands with the film studio.

So let’s address the green elephant in the room. Are you going to be Green Lantern?

It was going to be Black Adam for awhile, right?

Well, here’s the thing — so we’ve been having these ongoing discussions. I won’t tell you who it is, but I’ll tell you the three qualities we’re looking for, okay? This is going to be fun!

Does he wear a ring?

[Laughs] Can’t say that, but here we go. Here are three qualities. The first quality we were looking for was that he had to be extremely complex and have a lot going on. What that does for me as an actor and the studio is it gives us space that we can explore; his complexities. The other quality was that he had to — the character we were looking for had to be well-known but never brought to life. Then what that does again as an actor, it gives me a little bit of space, and we talked about personality. It just gives me a chance to put an imprint into his personality, with the set of tools that I could bring to the table and put a very unique twist on his personality, but still pay homage to who he is. The third thing — and most important — is he had to be a badass motherf***er, okay, and on a Superman level of power, where [he] could throw down. In those three qualities, I’m happy we’ve found that character. Right now, we’re out to a lot of writers.

Johnson later participated in a Twitter Q&Q he dubbed “Rock Talk,” where he went on to confirm that him and DC have “agreed on a character” for the actor to portray. 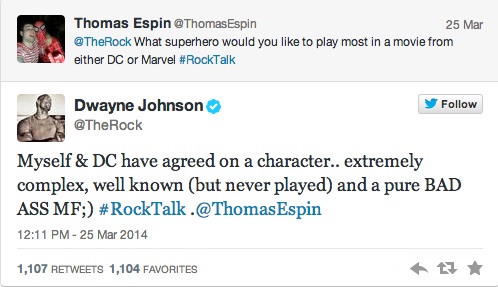 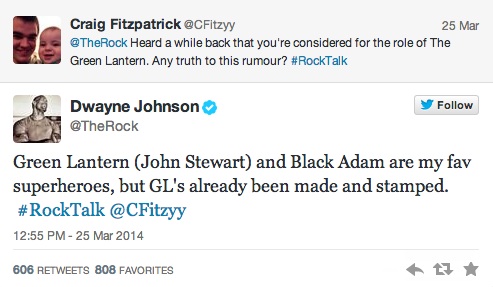