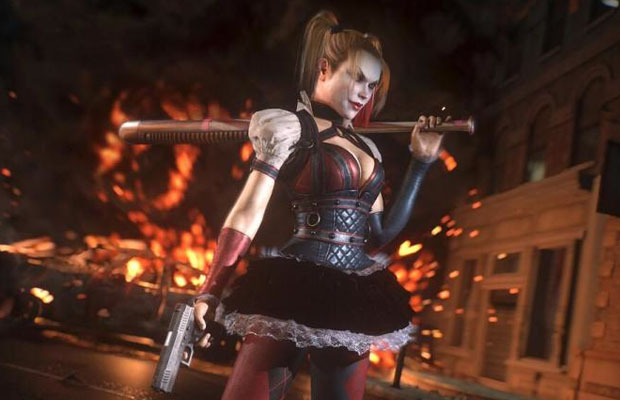 Some of the latest buzz surrounding Batman: Arkham Knight revolves around the character Harley Quinn. But as of today, there is a new update regarding the Batman villain and her upcoming DLC package. A new promotional image for the game showcases a new “Harley Quinn Story Pack,” which is a change from the previous “Exclusive 4 Challenge Maps” package that was advertised a while back.

Look closely at wording on the listing, which implies that players will be able to be able to experience the character’s narrative portion, the same we did with Catwoman in previous games. The rest of it mentions how players will be able to “utilize her unique weapons, gadgets and abilities.” Now this DLC has nothing to do with the “Scarecrow’s Nightmare DLC” pack that is being made available only on the PS4 version.

Batman: Arkham Knight is set for release sometime in 2015 for the PS4, PC, and Xbox One. 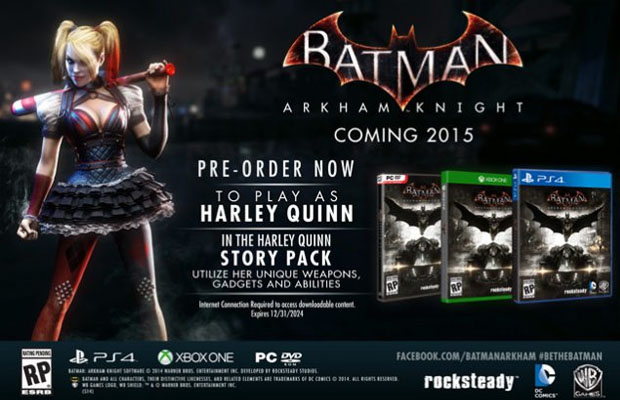