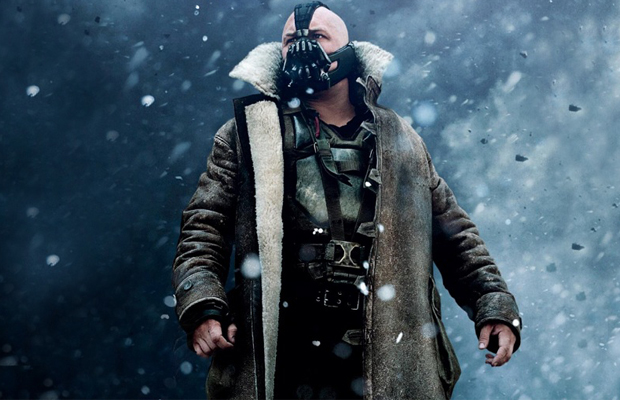 If you haven’t seen The Dark Knight Rises by now, then what’s there to share, right? However, for those who’ve caught the final film in the Dark Knight trilogy, this should come as some of a surprise. After many viewers (mainly comic book fanboys) complained about the lack of backstory and character development in the final Batman film, we hear Warner Bros. cut a significant scene from the near three-hour theatrical release. In an interview with GQ, costume designer Lindy Hemming discussed the unknown origins story of Bane that never made the final cut. Keep in mind she has yet to see the film:

The thing that you should have seen during that sequence is [Bane] being injured in his youth. So one of the fundamental things about his costume is that he has this scar from the back injury. Even if he hasn’t got the bulletproof vest on, he still has to wear the waist belt and the braces. In that scene in the prison, where he’s learning to fight the same way Batman learned to fight, he’s wearing an early version of his waist belt. It’s showing support, but it’s not the finished one he eventually wears. He’s also wearing an early version of his gas mask, all glued together … If you look at the film, unless they’ve cut it—and I’m sure they haven’t—there’s a whole early section for Tom Hardy where he’s fighting and being taunted by people. He’s got chains on him, and he’s standing on a wooden thing while people are attacking him. And in that scene, he’s wearing a much more ragged, primitive version of the mask.

Expect the studio to the Dark Knight Rises deleted scene and much more in the DVD and Blu-ray release. Would Bane’s backstory scene have made the film better?