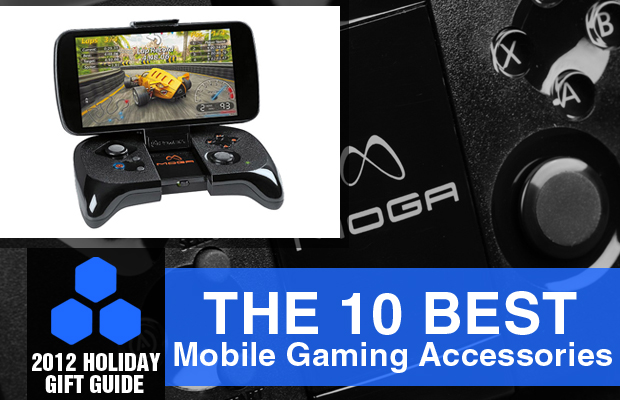 According to NDP reports, 22 percent of the 211.5 million people in the US are playing video games on their mobile devices. The recent sales decline in portable gaming consoles can attest to those numbers. Sure, a majority of mainstream consumers have learned to settle with the touchscreen controls and motion-enabled mechanics of their iPad or Galaxy S III. But let’s be honest, it’s not the same feel as playing a Nintendo 3DS or Xbox 360….no matter how awesome the graphics may appear. A few accessory manufacturers have stepped up and heard the cries of the hardcore gaming crowd, assembling some of the coolest extensions compatible with your handset or tablet. From retro-inspired game pads to laser tag controllers, enhance your portable gaming experience with the 10 Best Mobile Gaming Accessories for Holiday 2012.