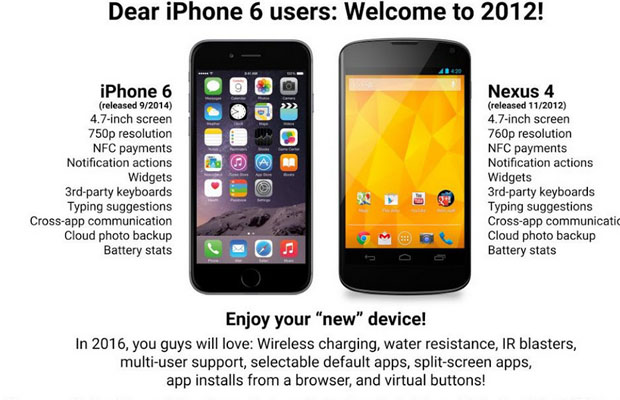 Apple has rarely brought anything new to the table. The iPhone 6 was just announced, and the world was set ablaze, unless you’re not a fan of Apple. Almost immediately at its announcement, a graphic started roaming the web drawing comparisons with the Google Nexus 4. Android fans have had many of the same features touted by team Apple since 2012.

Screen size, NFC payments, even cloud backups and 3rd party keyboards, the Nexus 4 holds its own, until you look at the expected processors and cameras in the new iPhone. You must also factor in the finger print scanner making the phone about as uniquely secure as one can get.

Apple excels at bringing existing concepts and making them easy to use. Though Google has improved at marketing their hardware and the Nexus 4 was ahead of the time.