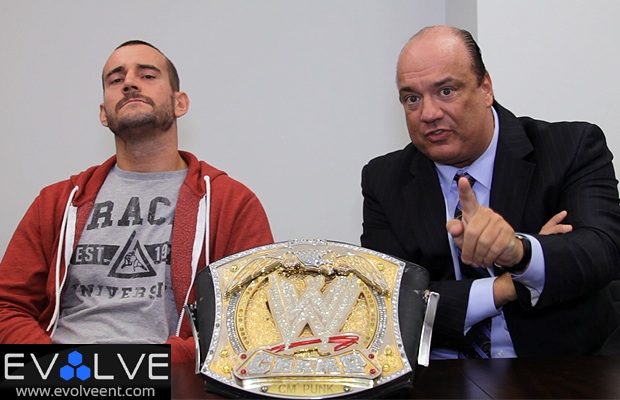 WWE Champion and the self-proclaimed “best in the world,” CM Punk, continues to prove week in, week out, why he is wrestling’s hottest commodity right now. Holding the gold for over 300+ days, beating every major star on the WWE roster, and scoring the cover athlete role for WWE 13—no one is on dude’s level right now. Sorry Cenation. With the game releasing next week (Oct. 30), THQ invited us back to politic with the Straight Edge champ and brought along a special friend to join the convo: manager Paul Heyman. It’s about to get real in here.

EvolveTV chopped it up with both WWE personalities to discuss several topics, which we’ll be sharing throughout the week via video interviews. First up, Punk drops a few pipe bombs while sharing his thoughts on being ranked lower than John Cena in the game, Cactus Jack being the most underrated wrestler of the Attitude Era, and which major faction he would have joined had he been around during the Monday Night Wars. If his answered shocked Heyman, best believe it’ll have the same effect on you.