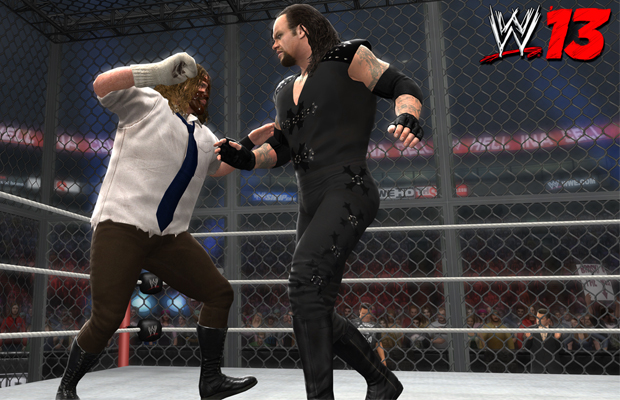 Hardcore wrestling fans were growing tired of the Smackdown vs. Raw series, forcing WWE and THQ to create a new signature video game franchise. The end result would be WWE 12: a new title that would borrow features from the previous wrestling entries and introduce new gameplay mechanics. While the game sold well and received solid reviews, many felt developer Yuke’s repackaged the last SVR game and integrated minor upgrades, leaving many red flags raised in regards to a follow-up.

Once all parties took note of the remarks, all three went to work on producing a more edgier and diehard product in the form of WWE 13. EvolveTV caught up with Senior Global Brand Manager for WWE at THQ, Bryce Yang, who was in NYC demoing the game for us and breaking down the new Attitude Era mode. For fans of the Monday Night Wars…this is a must own. We’ll let Bryce take over and put you onto the series’ latest additions. Bang, Bang!