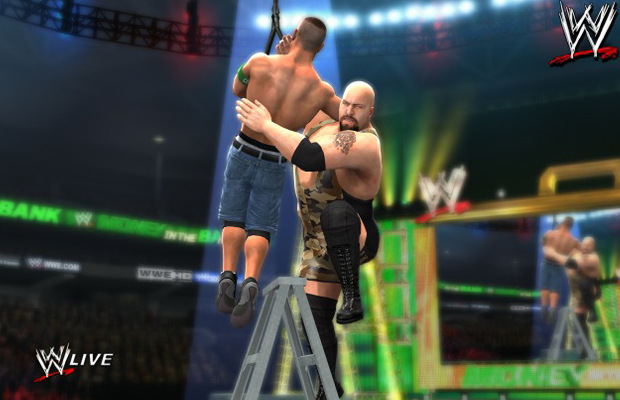 Though we’re one month shy from WWE 13 hitting retailers, THQ is still on the promotional trial pushing its big holiday property. The company made a pit stop in NYC to show off the title at Pepcom’s Holiday Spectacular 2012 showcase, with game designer Bryan Williams giving members of the press a chance to play the near-final version. EvolveTV caught up with the WWE fanatic to discuss new gameplay additions to the follow-up: including new mid-air finishers, special referee matches, and reliving particular Attitude Era moments such as Kane’s debut. Peep the first half of our interview with Bryan and be sure to come back to check out our second interview where we get into everything from Mike Tyson’s move set to WCW wrestlers.