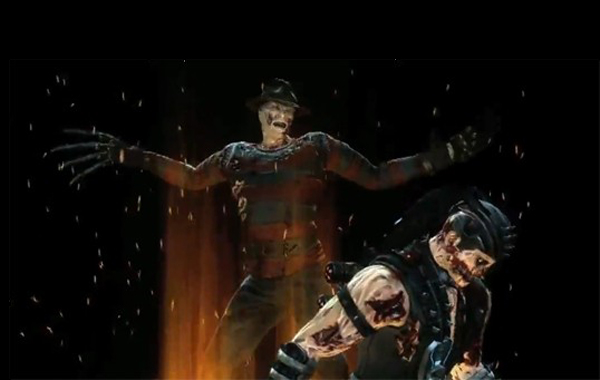 NetherRealm Studios announced the final DLC character for Mortal Kombat, and it’s Freddy Krueger? Seriously? Yes. Looks like the 2010 version of Freddy (sorry Robert Englund fans) will join the ninth installment of the MK franchise and be available for download on Aug. 9th, 2011. IGN dropped the unexpected announcement during its Comic-Con 2011 coverage and also state that the DLC content might run around 400 Microsoft points or $4.99 on the PSN. Don’t see how Freddy fits into the MK story, but hey, Warner Bros. gotta do something with the license, especially since the reboot was panned by everyone. Check out the trailer below.