Will Doctor Doom Be A Woman In The ‘Fantastic Four’ Reboot? 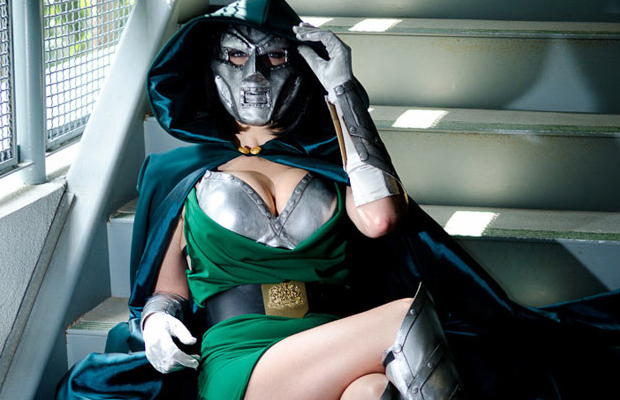 Marvel seems intent on taking the Fantastic Four reboot into a whole new direction with both its cast and rumored story arc, which still remains unknown thanks to director Josh Trank debunking all viral gossip. But while we know one actor is officially attached to the project, that being Michael B. Jordan (Chronicle), Fox is still on the hunt to complete the full cast: including main villain Dr. Doom. But a new report from The Hollywood Reporter suggests the studio could be putting a spin on the antagonist, stating it’s open to “switching genders for the role.”

“Dr. Doom is said to be the villain of the reboot. The Hollywood Reporter’s Heat Vision is hearing that the studio is likely to go for a big name and isn’t ruling out switching genders for the role.”

The online publication also claims actresses Kate Mara and Emmy Rossum are being heavily considered for the role of Sue Storm AKA The Invisible Woman, with Miles Teller in contention to play Reed Richards AKA Mr. Fantastic.

Even though the studio looks to be in the final stages of casting, filming is still scheduled to kick off this March with a projected film release of Summer/Fall 2015. We can expect more news in the next coming days and weeks regarding the main four characters and their nemesis. Tell us who you think would play the perfect female Doctor Doom.