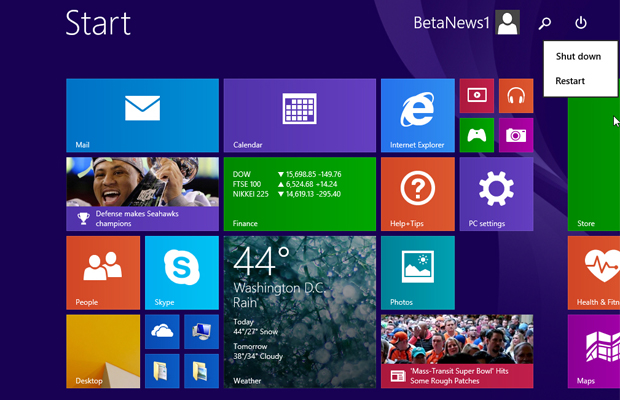 Microsoft originally announced plans to release its Windows 8.1 update by March, but it looks like the software maker will miss its launch. ZDNet reports the company is now aiming for an “Update 1” final release on April 8th, which would be made available through Windows Update instead of the Windows Store.

Windows 8.1 has been designed to enhance the experience for traditional desktop users who utilize the OS via mouse and keyboard, while offering up new features such as a new title bar that allows you to close, minimize, and snap apps to appear side by side with the mouse. Another change will include a new option to let Metro apps be displayed on the desktop taskbar, as well as a new Enterprise Mode for Internet Explorer.

Guess we just have to wait it out another two months. In the meantime, enjoy reading up on some of the other major updates and rumors surrounding the Windows 9 platform and Xbox One below.