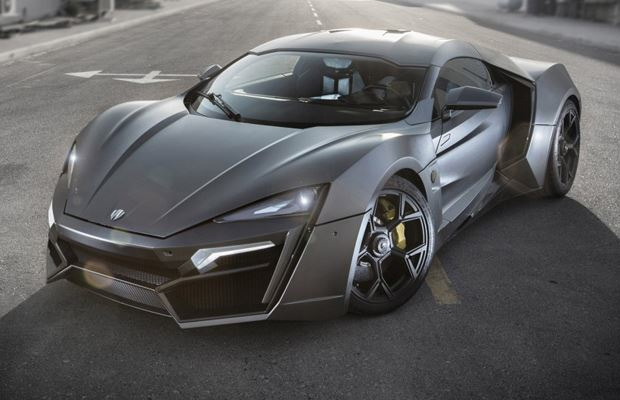 It’s rare in the auto field to see an initial concept transform into a production model within a one-year time span. Arabian supercar start-up W Motors has just achieved such a feat, announcing the official unveiling of its production-spec roadster—the Lykan Hypersport—during the 2014 Top Marques Monaco show this week. Promoted as “Arabia’s first supercar,” the monstrous speedster pushes an insane 770 hp and 737 lb-ft of torque that shoots the vehicle past 0-62 in less than 2.8 seconds.

The manufacturer also promises the Lykan Hypersport will reach a top speed of 245mph, which clearly puts it in the same lane as the Bugatti Veyron and Koenigsegg Agera R. Not bad company to share the road with at all. Adding to its aggressively flamboyant appearance, the car is designed to feature jewels and precious metals, which might warrant its insane asking price of $3.4 million. Delivers are expected to launch late in the year.