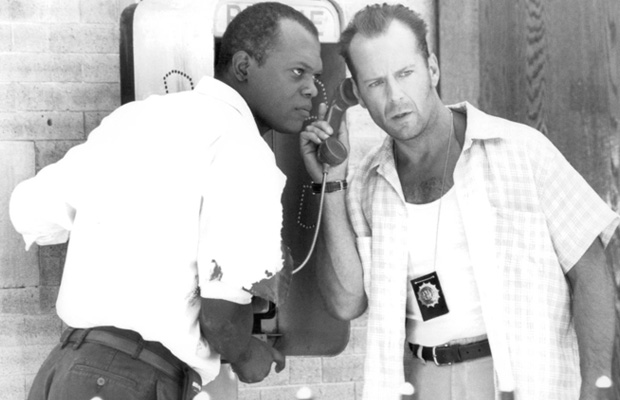 The Die Hard films will forever remain a staple in the action movie genre, despite the universally panned Live Free or Die Hard. So as 20th Century Fox searches for solutions to reinvigorate life back into the franchise, a new rumor has surfaced claiming the studio is courting Samuel L. Jackson for a return to star in Die Hard 6, alongside lead Bruce Willis.

Latino Review’s El Mayimbe recently tweeted that Fox was currently meeting with writers to hear their ideas for a sixth film, though the only problem is their take involves bringing back Jackson’s Zeus Carver character from Die Hard: With A Vengeance. 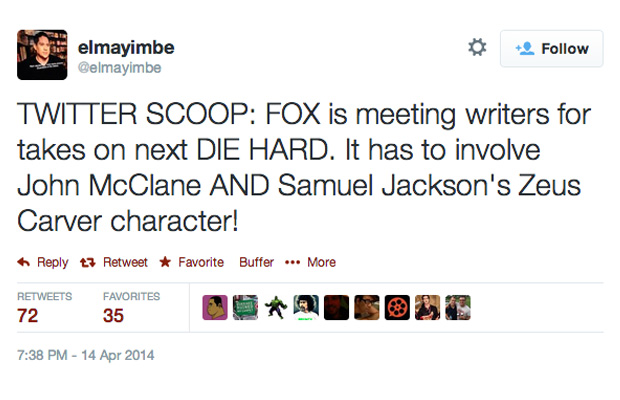 Previous reports had Ben Trebilcook signed on to pen the script for the film, which is entitled “Die Hardest” and was set to take place in Tokyo. Think the studio learned from the fifth film that sending John McClane into international territories just doesn’t work. As for Jackson, wouldn’t be such a bad gig, especially after his nine-picture Marvel deal expires.