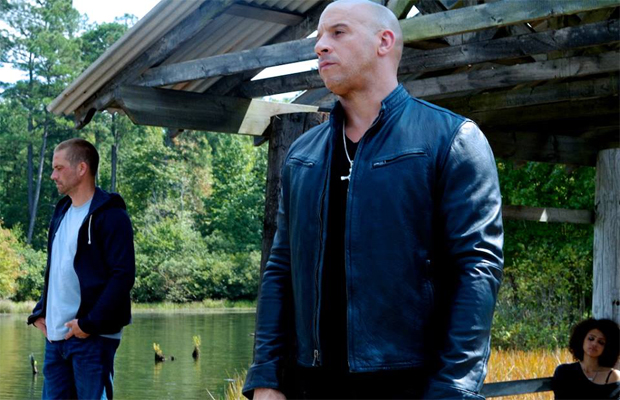 While the end of Fast & Furious 6 had us all waiting for the next installment in the series, Dominic Toretto himself, Vin Diesel, decided to share a photo from the upcoming sequel to get everyone’s gears revving. While the image doesn’t really say… well anything, it’s a nice reminder that more motor mayhem is on it’s way. The film picks up where FF6 left off, with Owen Shaw’s brother Ian Shaw looking for revenge.

This go round, Justin Lin has handed over the wheel to James Wan (Insidious, The Conjuring) and is managing out a high-profile cast that includes Jason Statham, Tyrese Gibson, Tony Jaa, Kurt Russell, Djimon Hounsou and more. Fast & Furious 7 is slated for July 2014.