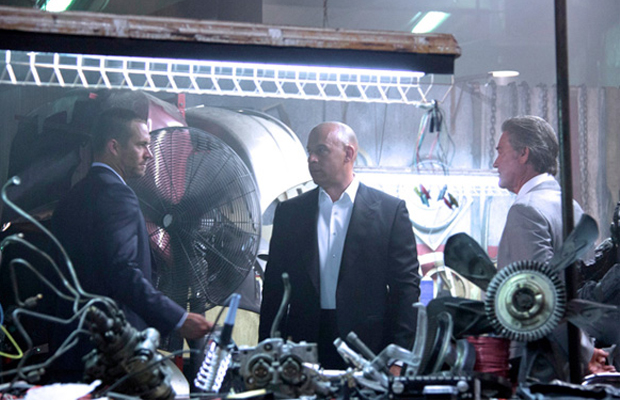 Talk of action badass Kurt Russell joining the Fast & Furious 7 had the Twitterverse going insane for a bit. But franchise star Vin Diesel confirmed the rumors yesterday on his Facebook feed, showing us an on-set photo with him, Paul Walker, and Russell filming in a car garage. Word is he might be playing the role of Jesse’s father, the racing/computer nerd portrayed by Chad Lindberg who died in the first film. No plot details have been divulged yet, so it’s unclear what role Russell will play at this moment. All we know is he’s in the picture.