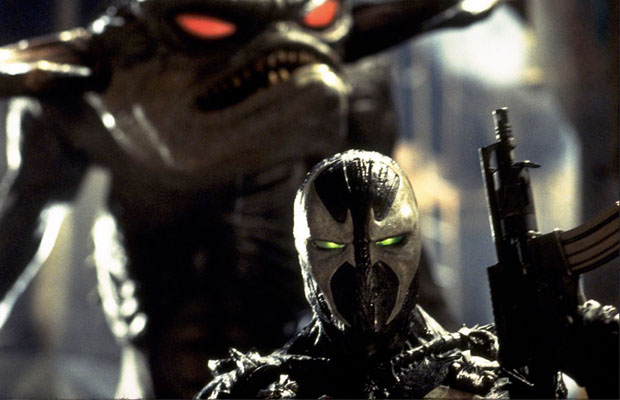 It’s been 15 years since the original Spawn film hit the big screen. Failing to impress fans, primarily due to its PG-13 rating, plans were always to remake the comic book in the near future. Looks like the time has come, as creator Todd McFarlane provided an update on the movie during an interview with The Gate website at the Toronto Fan Expo. Check out what McFarlane had to say:

“The thing that keeps slowing it down is that the negotiation I’ve done is I write, produce, direct, but I’ve got to push a lot of my other endeavors off to the side so I can just get tunnel vision on it…I think it’s a quick shoot. It’s not going to be a giant budget with a lot of special effects, it’s going to be more of a horror movie and a thriller movie, not a superhero one. I’ve got so many people phoning now that I’ve got to get it done. I’ve made some promises to people this year.”

“We’ve had some big names… come into the office and go, ‘We want to be in it…Sometimes they give me their pitch, I give them my pitch, I go, ‘We can get in it, this is how it goes,’ and so those types of actors–Academy Award guys–they’re going, ‘As soon as that scripts done, we’re going.’ So once we get this thing done, we’ll get it off the ground with some big names…[The producers] want me to deliver the script by the end of the year, which would basically mean we’d be shooting next year. So, that’s the goal right now.”

Hopefully we can get it sometime in 2014, though the competition is pretty serious with The Amazing Spider-Man 2 and The Avengers 2 set for box office domination. Watch the rest of McFarlane’s interview below.